Just 1.4 kilometers from Tandang Sora Avenue, a northeast detour up Capitol Hills Drive, is the Celebrity Place, a sports and recreation center for the local wealthy residents and entertainment personalities in its heyday. Opened in 1979, the establishment was first called Celebrity Sports Plaza, to cater to the local elite and the television stars who were frequenting the nearby the radio, television and film studio called Broadcast City, which opened the year before. The Broadcast City is presently occupied by the government television company, Intercontinental Broadcasting Corporation (IBC), which took over the studio shortly after the 1986 EDSA People Revolution.

Aside from the sports facilities, there is a restaurant and a bar, as well as multi-function rooms and halls that can be used for meetings, workshops, weddings, and much more. In 1999, I designed the interior art and stage of the Brewsky’s Bar in the Celebrity Sports Plaza.

Presently, the main lobby of the Celebrity Place is also used as an art gallery, to showcase the best of the Filipino talent. During the last time I visited the place, there was an exhibition featuring the paintings of Eddie Sarmiento and Oliver Marquez.

Edgardo “Eddie” Sarmiento (born  1940) is a painter who hails from the town of  Malabon.  Sarmiento’s paintings are romanticist works that features scene of colonial Philippines, in the 19th century, with town streets, old churches and barrio landscape. Sarmiento first learned from his father,  Alwinder, who was a well-known local artist. Later, Sarmiento would take his formal studies at the University of Santo Tomas (UST), and would later on open his own gallery along Mabini Street, in Manila. 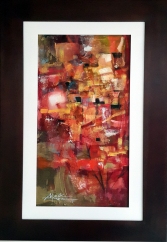 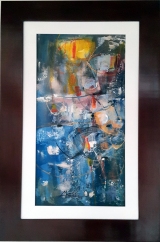 Oliver Marquez (born 1974) is a painter who originally hailed from Angeles City in Pampanga, but relocated to the town of Malolos in Bulacan. Marquez came from a family of local Kapampangan artists, and he would earn his keep as a young lad by selling small drawings of nature and wildlife to the tourists in Angeles City. After the 1991 eruption of Mount Pinatubo, Marquez’s family was forced to relocate in the province of Bulacan, where he would later take his studies in drafting at the Bulacan State University (BSU). For 10 years, Marquez would work in his own signage shop, but he would be coaxed by a friend to return to painting, and he would soon be winning many local art competitions. Later on, Marquez would develop his theme of the idealized rural Filipina, but he would also dabble into abstract expressionism.

In the hallway that connects the main lobby with the swimming pool lobby, there is a painting by Oscar Deveza Zalameda (1930-2010), which features a local band. De Zalameda is a cubist inspired painter of rural scenes, from the town of Lucban in Quezon. De Zalameda took his formal studies at the University of Santo Tomas (UST), and he would soon become an influential artist in the 1950s to the 1970s. During that same time, De Zalameda would travel to the Americas, where he would study mural painting in Mexico, and join the California Arts League. De Zalameda would garner many honors in his lifetime, including the Medal of Honor from Quezon City in the 1970s, and the Medal of Merit from Malacañang Palace in 2006. 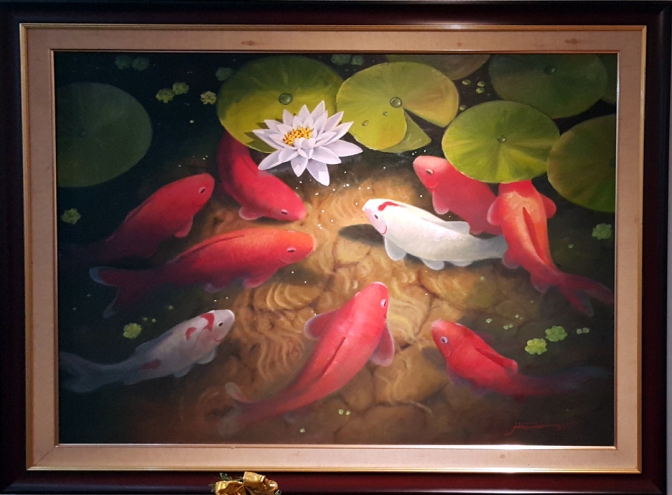 And finally in the Celebrity Place administration office reception room, there is a painting by Angelito “Jo” Florendo (born 1975) that shows his signature koi fish series. Florendo is a painter of vibrant natures scenes, who originally hailed from  Naga City in Camarines Sur, before relocating to the town of Tanay in the Rizal province. Florendo started as a self-taught artist, until his relocation to Tanay, where he was taken under the tutelage of Martin Catolos. From then on, Florendo would exhibit locally and internationally, including Caracas Venezuela (2003), New York City (2006 & 2008),Washington DC, and  San Francisco (2008). Active in the national and local art scene, Florendo has been a mainstay member of the of Tanay Artists Group, the president of Ugnayan Filipino, Arts Foundation (2006), a co-Founder of UnangLetra Group of Artists, and a Board Director of Artist Association of the Philippines (AAP).

There are many more stories to tell about the Celebrity Place, from the artists of all disciplines who have graced these halls, and to the family milestones celebrated there. However, got are the days when the Celebrity Place was one of the go-to places in Metro Manila for the fashionable and hip, as the building has now become more of a quietly exclusive secret haven to the members of the establishment. 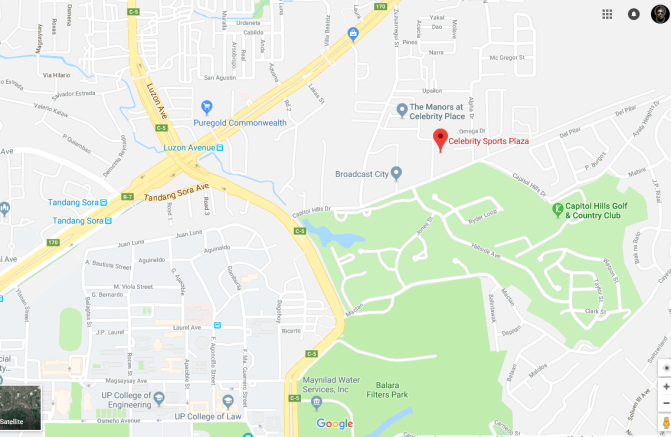